Recently owner of an iPad, the first thing to do was to download all the GQ apps available from newsstand. I've been enjoying comparing the different designs of the magazine from one country to another.

GQ France and GQ U.S are both beautifully designed wether it be print or iPad (Hurry up GQ France we want  more issues uploaded on the app!). On the U.K side things are quite disappointing. The April design was less than appealing to me, the overall childish type treatment for the headlines completely broke off from the GQ style we all love so much. Despite the fact that this march issue in particular is supposed to be a comedy issue, the type treatment was just too off. I also have to admit I don't care for Olivia Wilde's picture on the cover, I barely recognized her..


So for April we have a winner for the U.S Style bible special issue
which with its alternate covers blows away the competition with a
very clean and modern design.

France comes in second place
with great photography though the copy gets a bit overwhelming on the cover,
nonetheless good overall design.

Last on the finish line is U.K
with a design fail for march way back there trying to catch up... 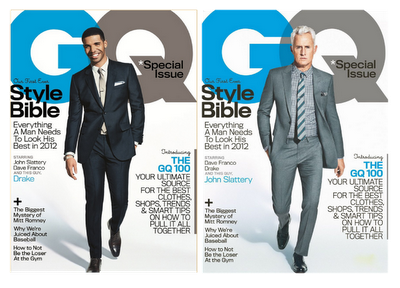 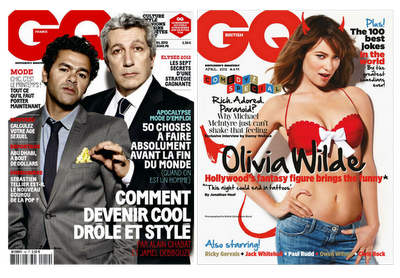 Joanna Behar
New York, NY, United States
Welcome to my Blog, Im a Graphic Designer currently living in Paris. This blog is my zen space. To see more of my work: www.joannabehar.com